Preparations are underway to start work on the final phase of Barratt homes, waterside park development  in London’s Royal Docks.

The modern Marketing centre, so long a detached dream house in the shadow of Pontoon Dock station was today surrounded by fences.

The fences will hide its undoubted fate at the hands of a skilled JCB digger, who will be carving out a few major alterations over the next few weeks no doubt.

The final block of housing high density boxes will replace the marketed property dream. We feel sorry that the opportunity to build a housing development worthy of the location it akwardly now fills was missed here on the edge of Thames Barrier Park. 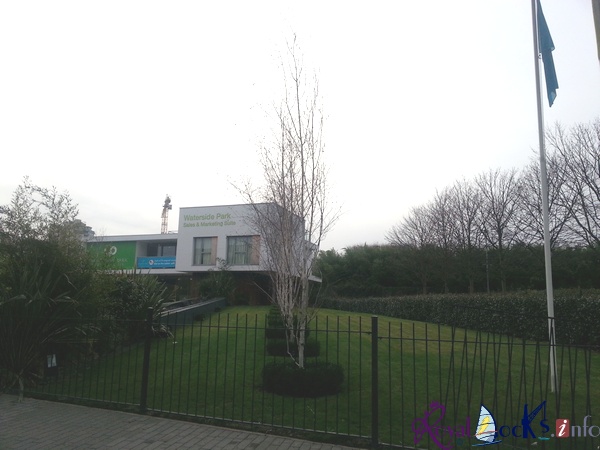 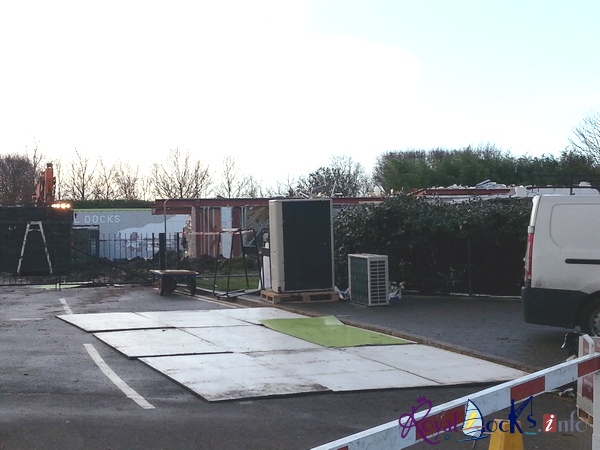 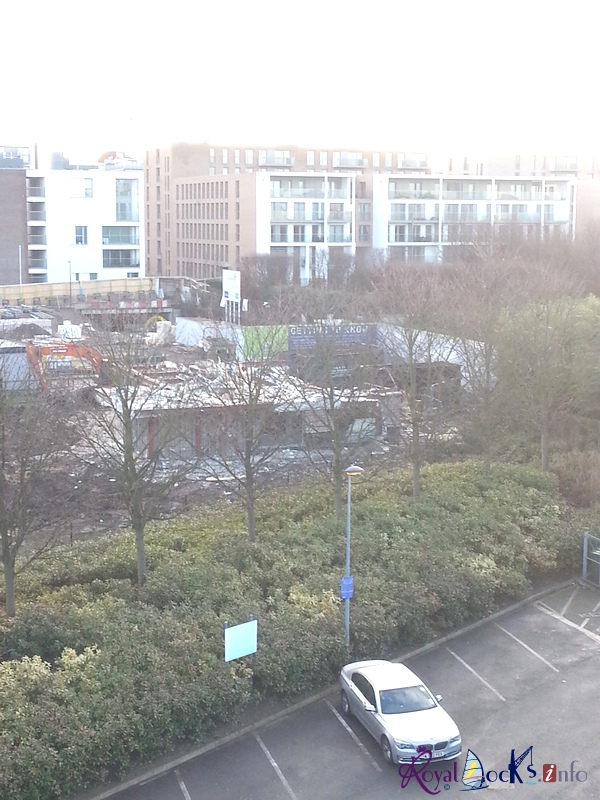